Brewing industry articles, tools, and templates straight to you!

According to NielsonIQ and Three Tier Beverage Co., on-premise beer drinking (in breweries, restaurants etc.) was down about about 93% in April 2020, from what it was just 4 months earlier. The below graph shows on-premise sales are creeping back up. The change in direction in October can generally be attributed to the spike in Covid cases, which led to many bars, breweries, & restaurants closing their doors again. But important to note is the general trend of recovery.

According to Ben Weston, Co-Founder of Hoptown Handles marketing firm, because less guests are visiting breweries, it's more important to maximize sales per customer. Kegstand’s first customers, FlyteCo Brewing, an aviation themed microbrewery in Denver, introduced a loyalty program called the Pilot’s club. The program involves a monthly fee and members get access to one free beer every day, 10% off all purchases, and a nice looking coin which signifies the membership. Loyalty programs like this are great for breweries because they keep guests coming in more consistently.

The rate bars and restaurants are recovering at is a bit concerning, scientists are questioning whether we should ever expect a return back to normal, let alone in the near term. Many breweries have gone the route of making changes and investments to better serve the rapidly changing craft beer market. Breweries like Odell and Ballast Point are making their best selling products more accessible. In Odell’s case, they started offering 12-packs of their Sippin' Pretty Sour, previously only available in a 6-pack.

Ballast Point decided to lower the price of its Sculpin IPA which has turned out to have a positive impact on sales. Both of these examples involved a sacrifice in margin where an increase in volume makes up the difference. The trade-offs are potentially difficult conversations with distributor and retailer partners, and investments in higher volume production.

Craft Beer is Under Pressure

The graphic to the right shows the share of market growth in off-premise sales for each subcategory of Beer/Malt. While craft is no longer dominating the market as it once was, it’s not directly losing share from hard seltzer as it may seem. The sales growth in hard seltzer can be directly attributed to the decrease in sales for below premium and domestic premium.

Diving into the craft beer category on the left, the IPA category is leading in sales volume. It is followed closely by Wheat Ales, which is a category dominated mostly by Blue Moon. Also noteworthy were sours, which grew 69% over last year and non-alcoholic beer, which tripled in sales.

The graphic to the right shows the growth of US craft brewers grouped by how many IPAs they sell. The box on the right side represents breweries that have 80% or more IPAs in their beer list. These breweries are seeing significant growth at 24% well above craft beer industry growth at 14%.  The left side is breweries who have no IPAs. It’s noteworthy that this is the largest group in number of breweries, That’s 29% of breweries who are holding out for the IPA wave to break and are seeing negative growth of 5% on average.

Craft breweries live and die by their ability to adapt. Craft industry leaders are those that have an in-depth understanding of their customers' preferences and desires, and are willing to adjust and add to their offerings to meet them. If you are one of those breweries who isn’t making IPAs, the numbers show that it is likely in your best interest to add an IPA, specifically an Imperial/Double or preferably a Hazy, as these are leading the category in growth. Alternatively, citrus fruited wheat ales like Blue Moon and Shock Top are a worthy endeavor. You know your customers better than anyone, but if you’d like to dive deeper on what influences your customers to buy your beer, check out this research guide on mapping out your customers preferences and influences when it comes to when, where,  how, and what beverage they enjoy. 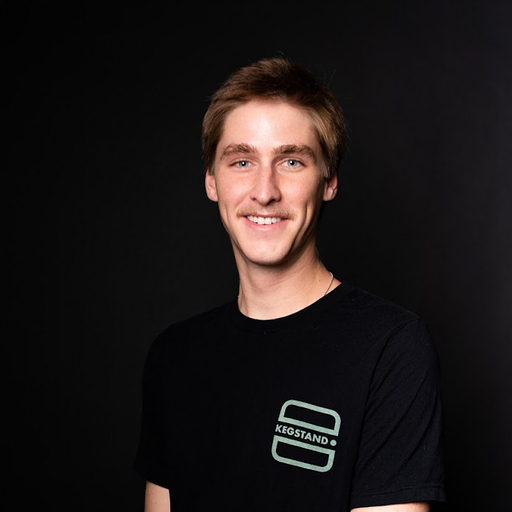 The Impact the Glass Shape has on the Taste of Beer

The shape of your beer glass truly can affect the taste of your beer, why settle for an average glass of beer when you could change the glass and have an amazing beer drinking experience.

On-premise sales returning: what will happen to packaging needs?

Learn more about how Kegstand is reinventing the traditional keg.